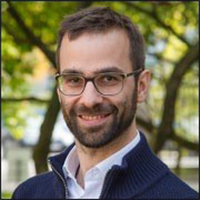 The University of Copenhagen, founded in 1479, is Denmark's oldest University and has produced eight Nobel laureates ranking it as the best Scandinavian University, and among the top Universities in Europe. Its Physics Department, the Niels Bohr Institute, is named after one of the founding fathers of Quantum Mechanics and has strong experimental and theoretical research both in Quantum Electronics and Quantum Optics.